Bored of the same old synth sounds? Newfangled Audio’s Pendulate is refreshingly different. Pendulate is a chaotic mono-synth that uses a brand new double-pendulum-oscillator to create previously unheard sounds — biting basses, searing leads, and gritty textures. It can smoothly fade from a sine wave to total chaos, with an expanse of territory to explore in between. 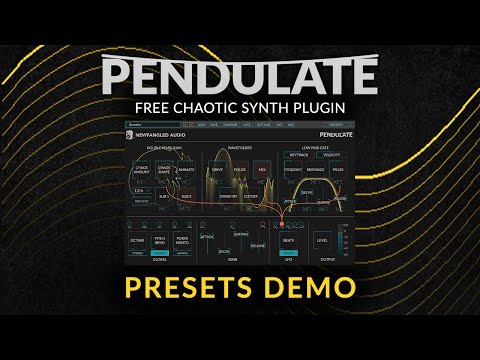 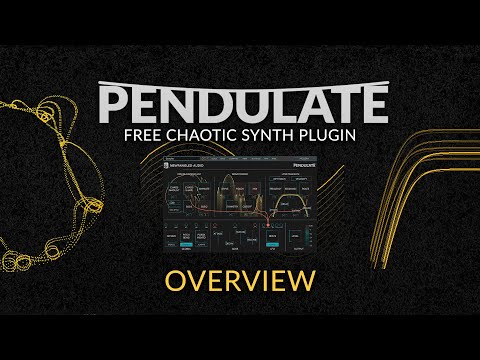 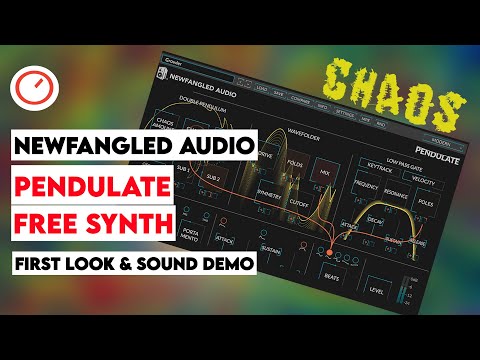 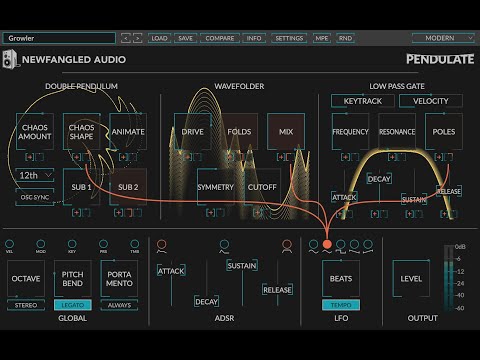 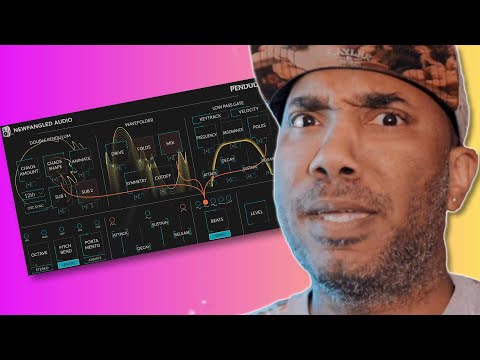 Pendulate is based on a new oscillator concept, which started because Newfangled Audio was curious to know what a double pendulum would sound like if translated to audio. A double pendulum is a simple mechanical system that is chaotic, which means what it does in the future is hard to predict from what it’s done in the past. The initial system didn’t sound very musical, but after a lot of tweaking it sounds really great and really interesting, and that’s what you hear today. A great simulation of the double pendulum and a derivation of the equations of motion can be found here.

Pendulate’s chaotic oscillator is based on the physics of a double pendulum. What initially looks like randomness contains underlying patterns, interconnectedness, constant feedback loops, repetition, self-similarity, fractals, and self-organization. When designing the Pendulate oscillator we took great care to bring out these underlying patterns to create something both chaotic and musical.

Pendulate’s chaotic oscillator is matched with a wavefolder and low pass gate inspired by the ideas of legendary synthesizer designer, Don Buchla. These three modules (oscillator, wavefolder, and gate) combine to make everything from warm basses to searing leads.

Every parameter in Pendulate’s three modules can be modulated by Pendulate’s Envelope Generator, LFO, or by MIDI and MPE sources. The innovative modulation interface allows you to easily and quickly patch any combination of sources to any destination, creating sounds that are sure to make you move with them.